Black Possibility: Honoring the Past, Envisioning the Future 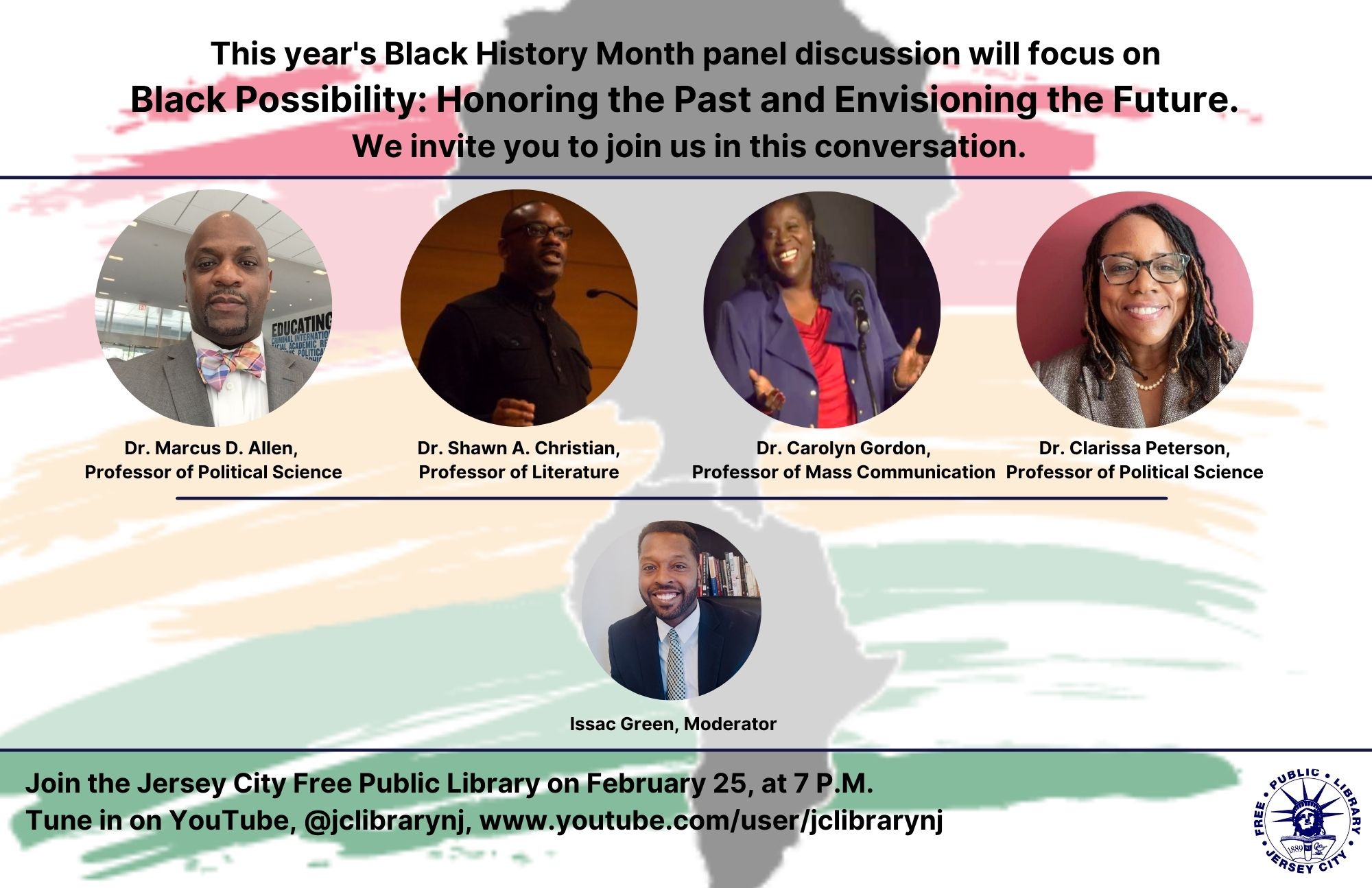 Black History Month celebrates the achievements of Black Americans. The Jersey City Free Public Library recognizes that Black History is a centerpiece of American History. The collective efforts of Carter G. Woodson, a Harvard-trained historian, and minister Jesse E. Moorland led to the founding of the Association for the Study of Negro Life and History (ASNLH), whose main goal was to elevate Black Americans and the African Diaspora.
This year, we take a critical moment to reflect on our collective memories of the shock and horror of the Capitol Insurrection, the devastating impact of COVID-19, and the killing of George Floyd by an officer of the state in 8 minutes and 46 seconds, which sparked a national and global protest against gross injustice. Black Americans played a pivotal role in the election of President Joe Biden and Vice-President Kamala Harris, whose oaths of office represent the legacy of those whose lives were lost in the battle for "a more perfect union." From Harriet Tubman to former President Barack Obama to Amanda Gorman, this year's conversation will focus on Black Possibility: Honoring the Past, and Envisioning the Future.
The road from slavery, Jim Crow, an unjust and exclusive economy, and the criminal justice system is part of the "stony road" Black Americans have endured. Black Americans' quest for liberty can only be achieved and sustained through vigilance, but as history teaches us, it is the belief in the "possible" that will get us to the promised land. We invite you to join us in this conversation.
Tune in on our YouTube Channel!